Two years ago, I left the world of full time employment to be a stay at home mom. At the time, it was as big of a leap of faith financially as it was emotionally – to go from two incomes to one was a challenge, but one that both Terry and I really felt was the right course for our family. As part of that transition, we began to eliminate what we considered “budget drains” from our monthly outputs. One of those “drains” was cable. We cancelled our DirectTV service and relied on a couple antennas and Netflix/Hulu for our television needs.  This worked pretty well since we were in the middle of a mid-sized city and could get most of the local channels through the antenna. When we moved out to the woods, however, the days of being able to get antenna channels were over and so we’ve returned to the world of subscription TV.

That’s an incredibly long set up for what I’m going to talk about today, which is TV commercials. With the addition of DirectTV to our lives, we are now seeing more commercials than we have in a couple years (can we all just take a minute to celebrate the commercial free options on Netflix and Hulu – a stroke of genius if ever there was one). I don’t care for commercials for a lot of reasons, but probably my least favorite thing about commercials is that they bring products to my mind that I never knew were needed – here are a couple that I’ve seen recently that make me wonder if maybe I could be living my best life if I added them to my world…

When did this become a thing? It is available for both men and women – and the commercials make me feel like maybe I’ve spent the last 4 decades in a state of nether region asphyxiation!  Suddenly the cotton briefs just aren’t cutting it with their breath-ability – we need underwear with pin holes poked all over it so our bottom halves can BREATHE!  As if your bum has lungs!

I mused about this a couple evenings ago when T and I were watching yet another re-run of Law and Order and this ad came on. I asked him why this new type of skivvies seemed to be THE THING we needed to run out and buy – he suggested maybe all the skinny jeans and yoga pants have restricted the air flow to our posteriors thus requiring that we bring some much needed oxygen to this area.  I figure this might explain  it for the female sector of the market – but there are very few men I know who are walking around in Spandex (and if you ARE doing so, please don’t do so around me because I will be forced to point and laugh).

I don’t know if this is a trend that will be short lived or not.  Maybe the breathable undies will go the way of stirrup pants (though I saw some the other day and I was a little concerned) or the water bra, but I am concerned enough about the lack of 02 down south, that I may try them out.  You?

It is back to school time and the Target ads are taking over the universe.  Apparently the new MUST have (at least according to the red and white circles) is this new line of back packs called CAT PACKS – MEOW!

Arden went through a phase when she was about 3 when she wanted to be a cat.  She would crawl around the house on all fours, meowing and licking her “paws”.  She wanted to eat and drink out of “cat bowls”, and to be petted.  It was a terrible, terrible time and I don’t miss it at all.

I fear the “Cat Pack” may bring this all back into my life, and so I tend to watch TV with the remote in my hand, so that when this commercial comes on (which is approximately 900 times during the course of a show) I can quickly change the channel.

Maybe if she doesn’t see the Cat Pack, she won’t want the Cat Pack – but then she will show up the very first day in a new school and not have one and all the other little 2nd grade girls WILL have their Cat Packs (MEOW) and then I will have to pay for the counseling, so maybe I should just buy her one and avoid the drama.

Any and all drug commercials: 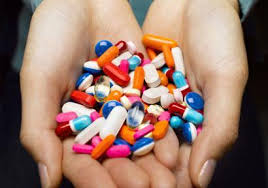 So I’ve mentioned I am a functioning hypochondriac, right?  I’m confident that I now have nearly every malady that these drug commercials purport to correct – arthritis, diabetes, skin condition, etc.

I know these ads have been around for years, but I think I erased them from my memory out of self-preservation back when I as watching commercial-free TV.   They are now back with a vengeance and fueling my hypochondria like lighter fluid on a fire pit.  It is NOT good.

Most disturbing in these ads are the list of side effects that are associated with taking them – which brings me to the ingenious Geico commercial with Boyz II Men.  Have you seen this?

If not here you go!

BTW, where did the 4th Boy go?  I need to Google that – I’m sure it is a True Hollywood Story that I need to know.